Making sense of the Census 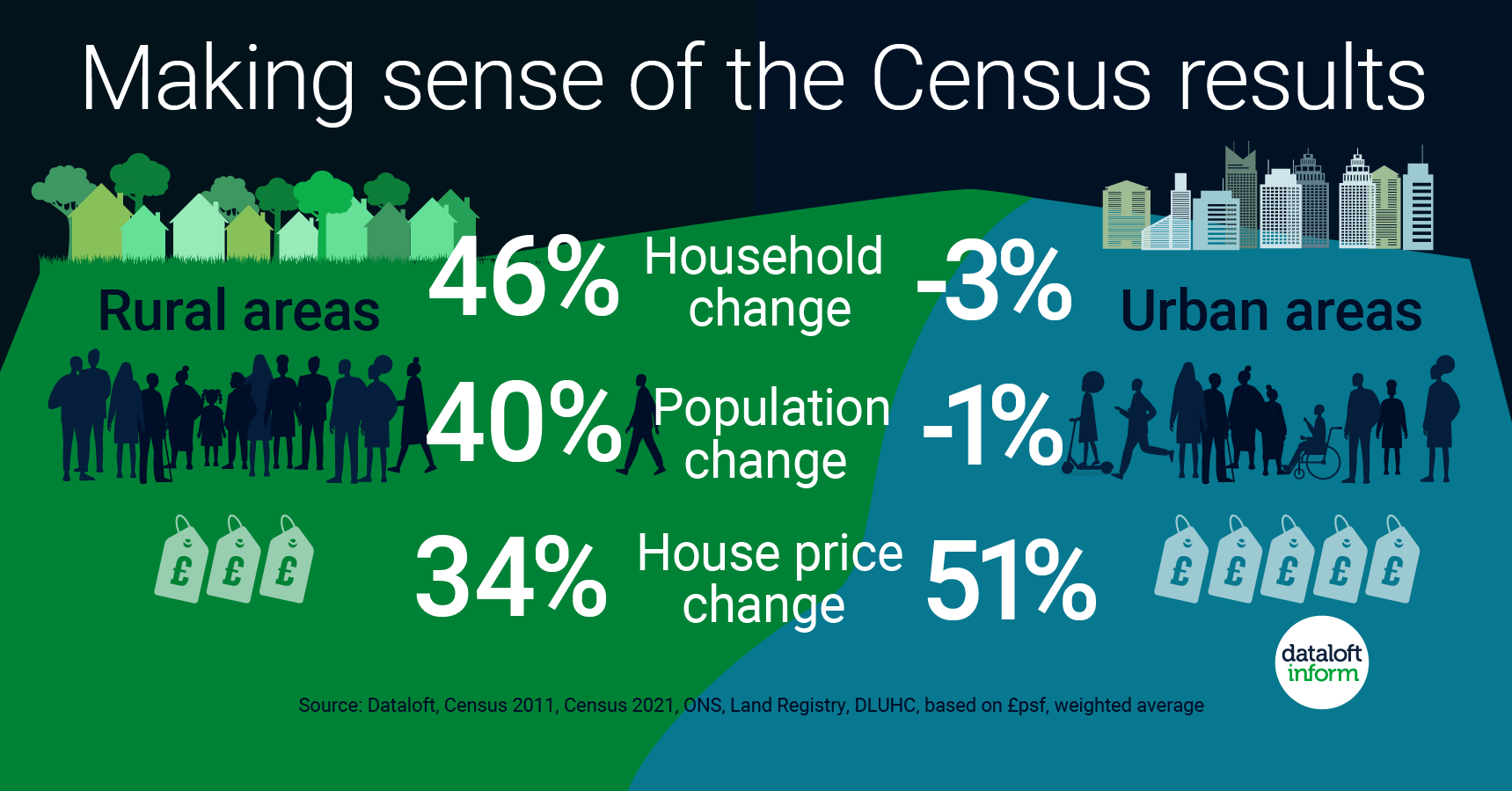 Personally, I love reading the results of the Census and did you know that since 1801 a census has taken place in England and Wales every 10 years, except for 1941. The 2021 Census is officially the 24th and a ‘digital first’ Census, the majority of responses were completed online.

The first results of the 2021 Census were published on June 28th and show that the population of England and Wales was 6% higher on Census Day 2021 compared to Census Day 2011. The number of households was also 6% higher.

Over the 10-year period property prices rose by an average of 39% with urban areas outperforming their rural counterparts.

An interesting point is that the majority (75%) of people live in urban areas but the rate of population and household growth in rural areas appears to be much higher and this is likely to be due to the impact of the COVID-19 lockdown with many students and young people returned home and households combined, temporarily boosting the rural population.